Martin Foster : From a coup in Nigeria, to a first round 67 at the British Open

"The first event came as a bit of a shock to me". I was 23 years old in 1974 and played in 110 degrees of heat and 90% humidity in Nigeria. It was the old burial ground of Benin City (the old capital of Nigeria). Amazingly enough it had grass on it. It was a 6 week trip to Africa and was the first time i'd ever been away from home for that long.

On one occasion we had an attempted coup, when a Nigerian colonel jumped in front of the president's car shooting wildly at it. Suffice to say we cheered we saw the BOAC airplane land at Lagos airport, to take us to Kenya for the next leg of the Africa tour. Playing golf and earning a living from it was a real eye opener, and a shock to the system!

Foster went on to play against some of the world's greats including Seve Ballesteros, Bernhard Langer, Greg Norman, Jack Nicklaus, Gary Player and Arnold Palmer to name a few. But it was a hot summers day at the British Open that Martin Foster is best remembered for.

The scene is the British Open at Turnberry Golf Course in 1977, when Foster stunned the golfing world  when he shot 67 on the opening day. It was too good on the day for Tom Watson, Lee Trevino and Jack Nicklaus.

He was then a 25-year-old going into the second day's play in second position. The Great British public watched in amazement glued to their TV and Radio's rooting for the underdog from Bradford. However, it was not to be Foster dropped down the leader board finishing the Open tied 26th. He performed heroically even achieving a hole in one at the 15th hole to receive a magnum of whiskey. "In the present day it would be a Jaguar car".

"It was a brilliant day," recalled Foster. "The previous day I had played a practice round with Tom Watson. In those days, nobody expected English players to do well." 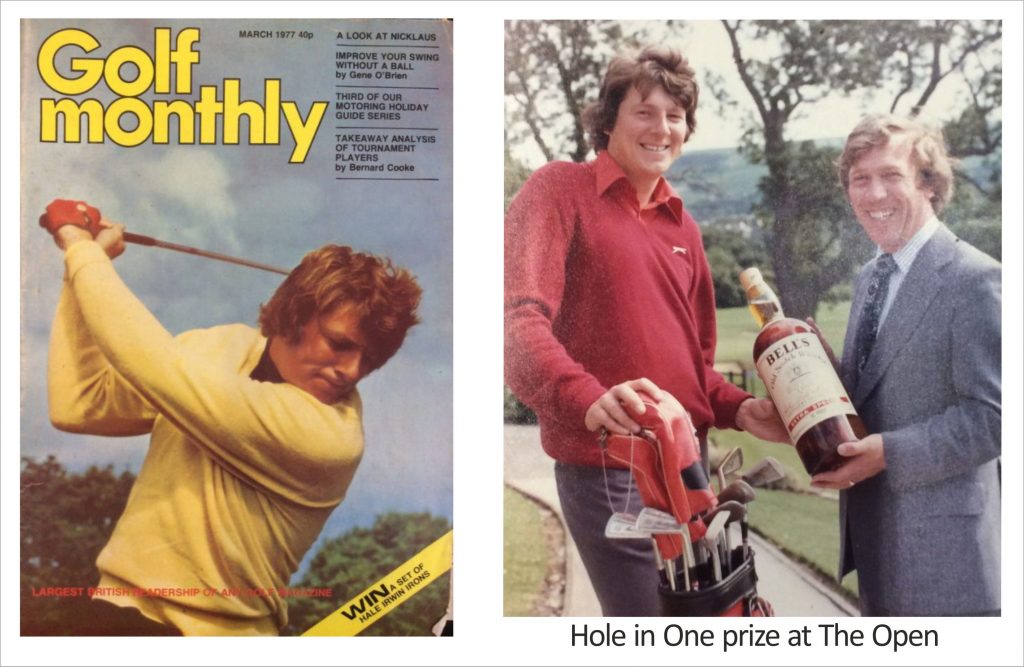 Foster shined as a youth holding four major trophies at the same time by the tender age of 17. Bradford Boys Champion, England Boys Champion, Yorkshire Juniors u21's and British Boys Champion. It was inevitable that he would go on to make his mark in the game.

He graduated to play on the European Tour from 1974 to 1982 and was runner up five times. Performing superbly at the Double Diamond Strokeplay in 1975, the Irish Open and Uniroyal International Championship in 1976, the Kerrygold International Classic in 1977 and the Coral Welsh Classic in 1980. Foster finished 7th in the 1976 European Tour Order of Merit. Other accolades included the World Cup(representing England): 1976,  Double Diamond International(representing England): 1976 (winners) Hennessy Cognac Cup(representing Great Britain and Ireland): 1976 (winners).

Martin Foster has now turned his many skills to writing books. He is in the early stages of producing a book called "The ABC Golf swing", a technical book aimed at serious golfers. "This book has been a long time coming and is aimed at any player who wants to play of scratch or try to earn a living on the European Tour". I have learned a lot and want to explain my theories on kinetic agency and the hallelujah position. Want to know more? then watch this space. The book will be published by Faber and Faber and will be available to purchase on the Hazzad Golf website.